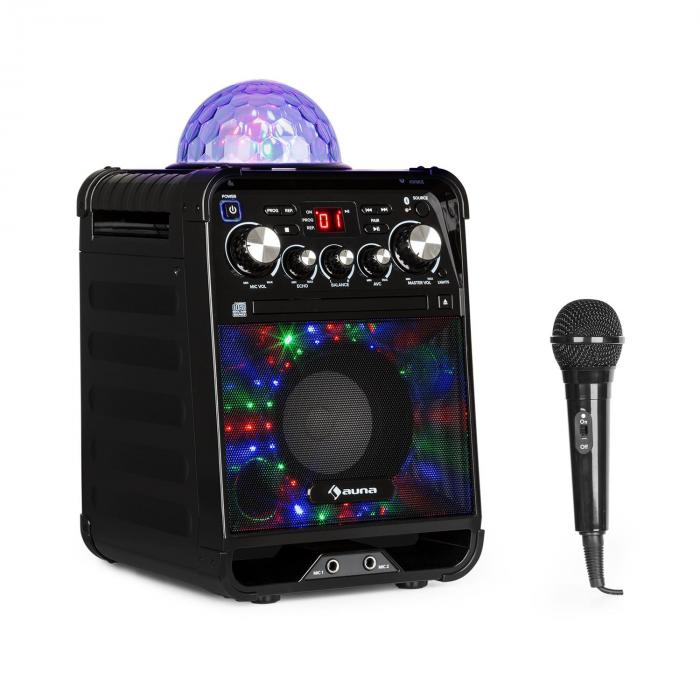 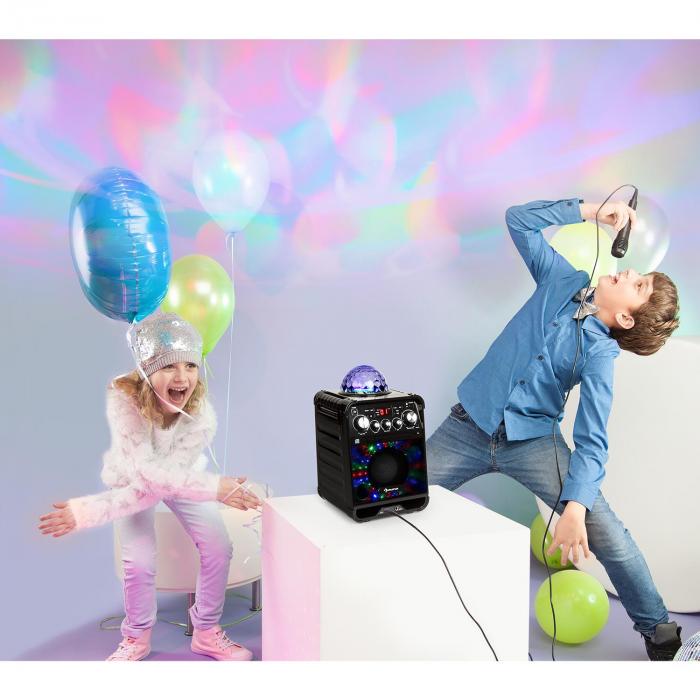 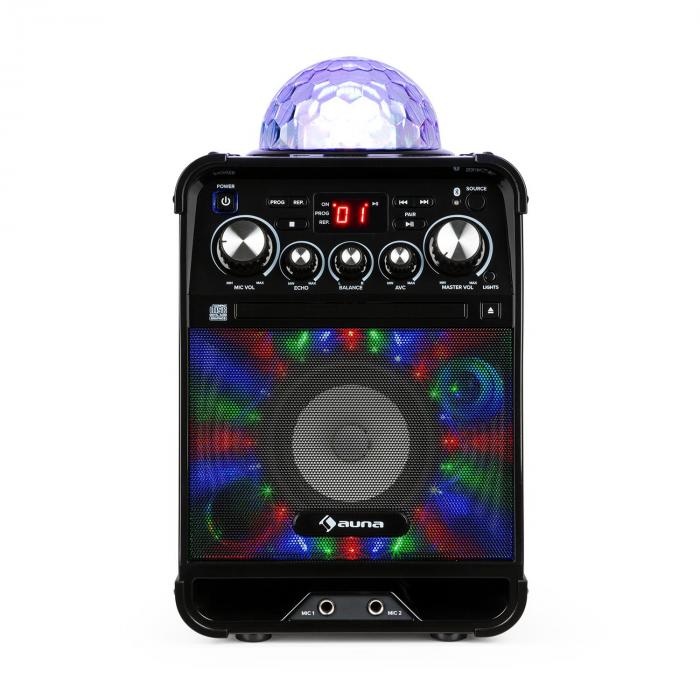 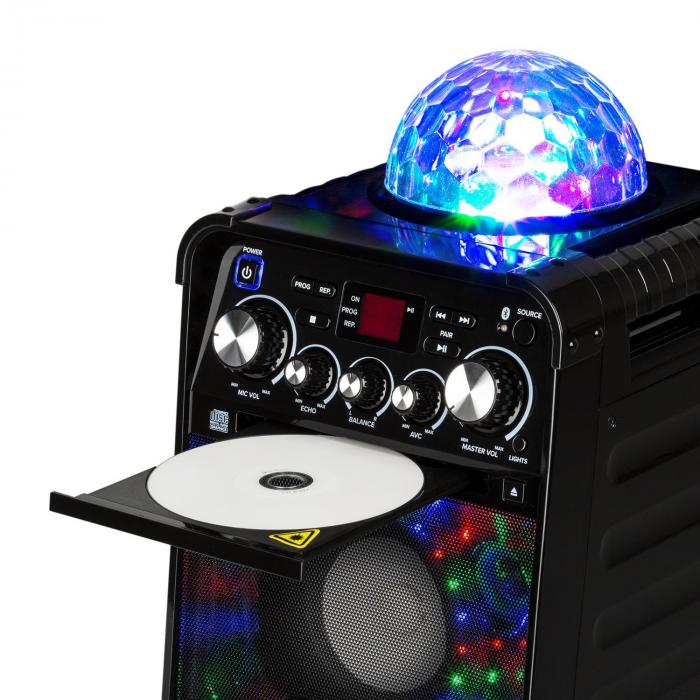 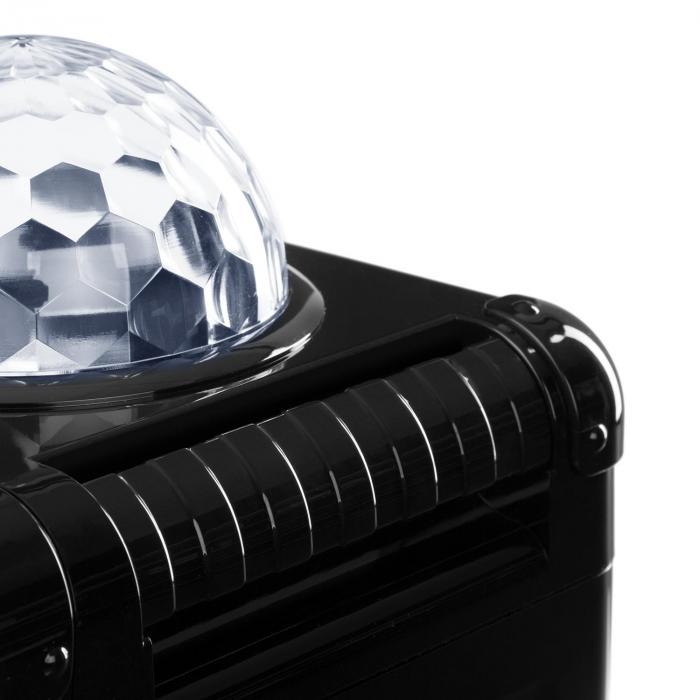 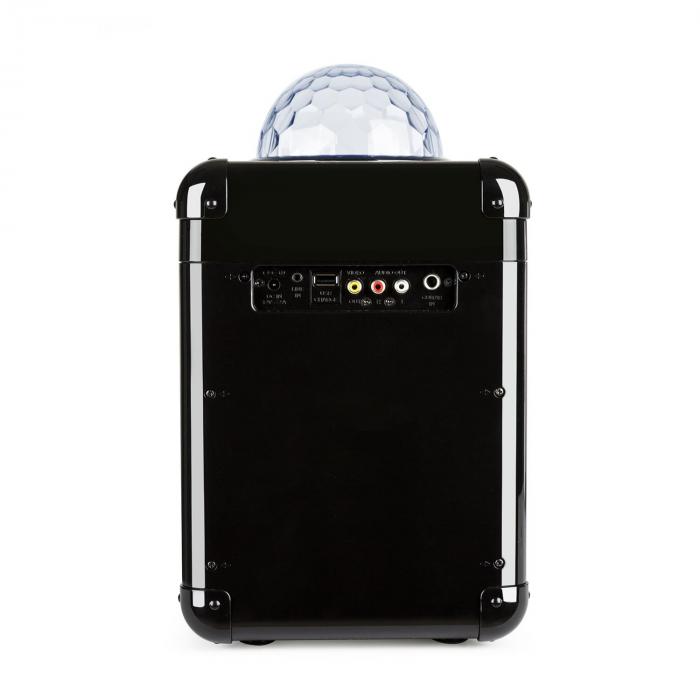 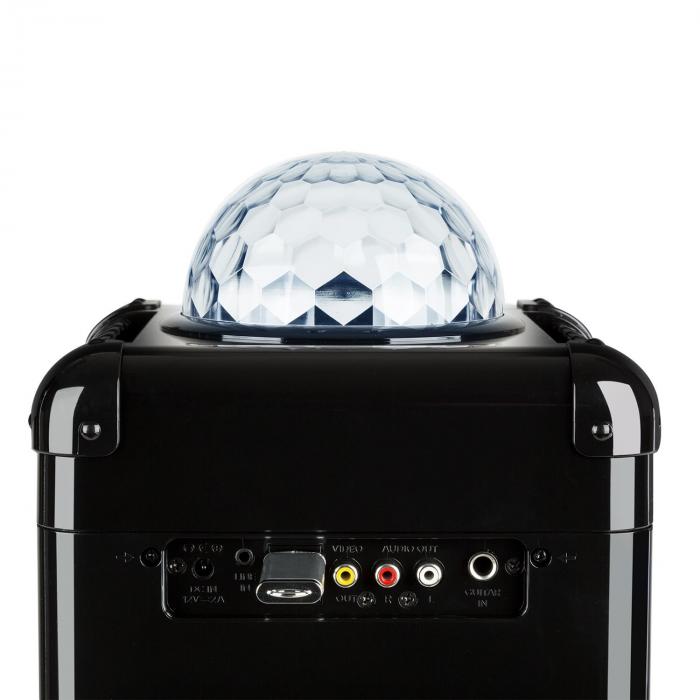 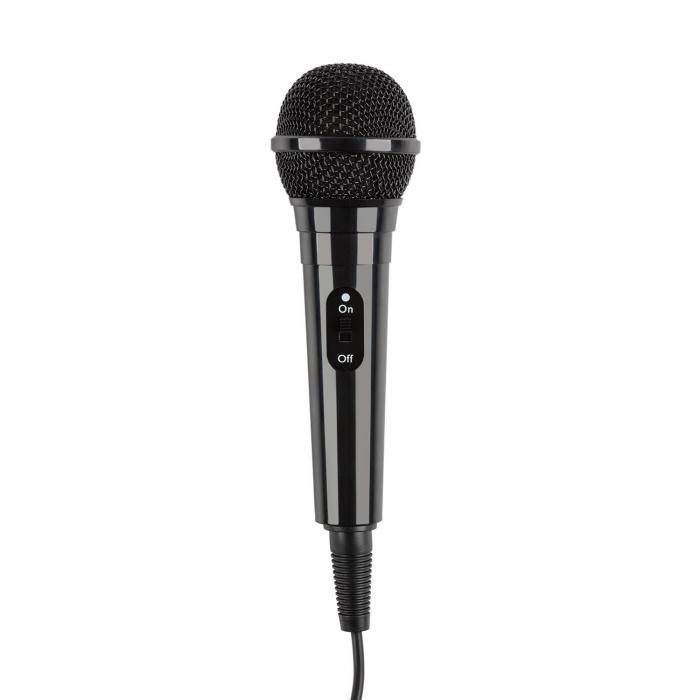 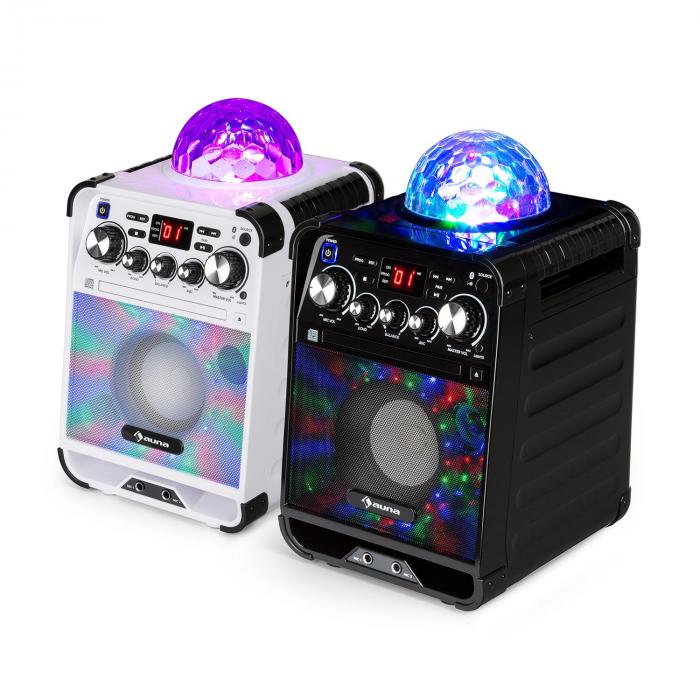 Mega-karaoke fun for vocal talents young and old: the auna Rockstage LED karaoke system creates an incomparable disco feeling in the walls of your own home and turns every room into a radiant stage.

The karaoke system plays CD, CD-R and CD-RW discs via the built-in CD player. Even CD + G media can be read: karaoke CDs with subtitles can be wonderfully played after connecting to a monitor or a TV set, which helps enormously when singing along. The musical selection gets even more diverse with Bluetooth-enabled smartphones and tablets: these devices can be easily connected without cable clutter.

The auna Rockstage LED lets you see the rhythm: colourful multicolour LEDs on the front and the jellyball on the top give each party a special atmosphere. Vocals are connected in the form of 2 separate 1/4” microphone inputs with separate volume control, adjustable echo effect and convenient AVC function, keeping the volume consistent with the environment.

Should the event get even bigger, simply connect a larger display in the form of a TV or monitor via the video output and integrate the karaoke player into an existing HiFi audio system via a line output. Now the party can start!

For unforgettable vocal performances: the Rockstage LED by auna. 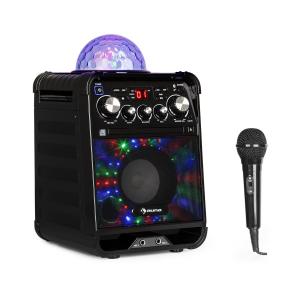