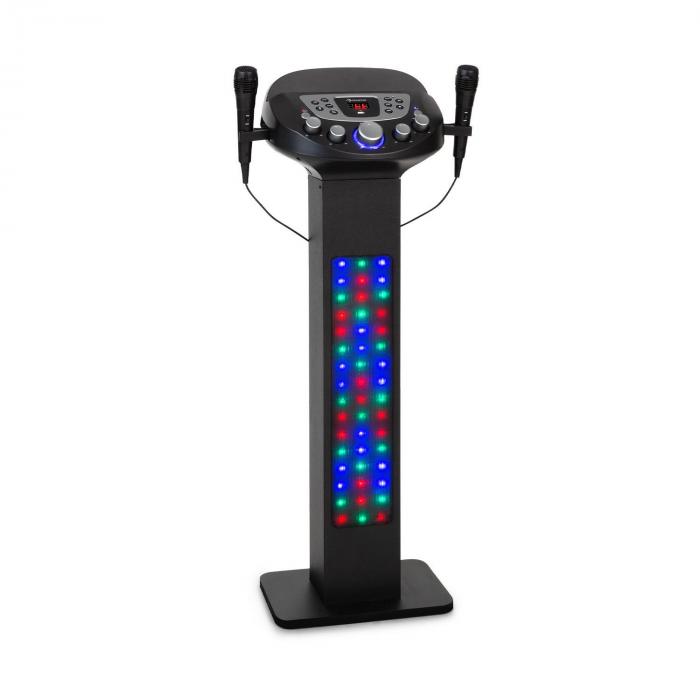 From 0 Customer
£ 233.50 £ 149.99
You save 35% Unfortunately, no articles are currently available
Top features
Shipping costs: from £ 0.00
The item is ready to ship and will be shipped immediately after receipt of payment.

Let's get this party started! The auna KaraBig LightUp karaoke system brings music and colour into the comfort of your own home.

With the help of the Bluetooth function, all audio files can be played wirelessly and comfortably via the KaraBig LightUp. Via line input, the system can also access other devices such as the home stereo, smartphones or tablets. For the latter, there is a holder directly on the karaoke system, so that the devices can be operated at a glance. The adjustable settings are also helpful: whether echo, bass or microphone volume - this is how you can make your own voice sound almost like the original. Perfect for recording with the record function on a USB stick so that you can listen to it later. Of course, all of your favourite songs in MP3 format can also be played via the USB port. And since singing alone isonly half as much fun, it is possible to connect two mics for rousing duets - the necessary microphones are of course included with delivery. For a direct live performance or just for listening to music, the auna KaraBig LightUp has a set of integrated speakers. The audio signal can also be passed through the line output to stronger HiFi systems, amplifiers or active loudspeakers. The multicolour LED light show gives the auna KaraBig LightUp karaoke system a colourful glow thanks to its disco ball and LED panel both on the front and back, adding to the disco atmosphere. This way, every house party becomes a real karaoke blast! 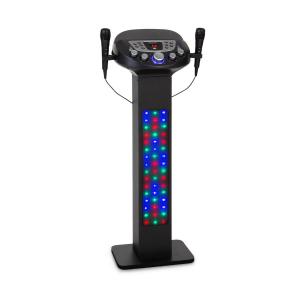